Why Albanians fear their communist pasts 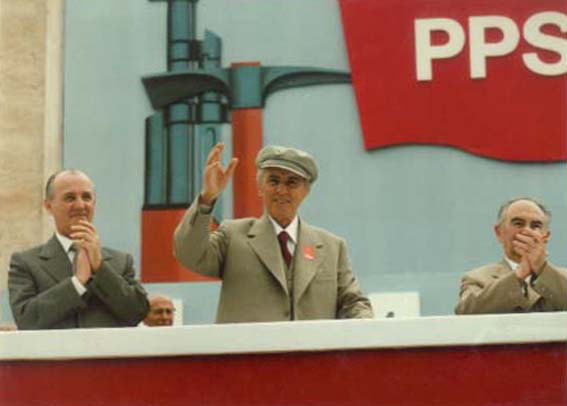 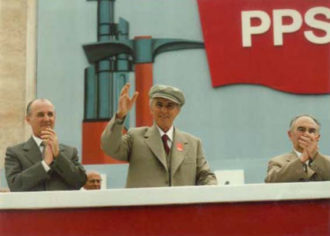 One of the followers of Albanian Blogger, Vincent sent me an email the other day expressing his surprise at the lack of mention at historical sites and in general the lack of information provided to visitors about our recent past, referring to the communist regime.

Just got back from a great trip to Sarande and Gjirokaster and the surrounding areas. I have a question that maybe you can do a post on. I was unable to obtain an answer to this question. When visiting the castles and museums all the history seems to stop at the end of WWII and skips over to 1991 or later. I find this extremely odd and disturbing as it is almost as if the entire country is hoping that by not discussing it – what it didn’t happen?

I have always contended that when people stop remembering about their history they are doomed to repeat it. One of my best examples of this is then General Dwight Eisenhower’s decision to release to the public the movies and pictures of the horrors of the German Holocaust. He did so, that no one would ever be able to say such a horror could not have happened. I might point out that others in the Allied Forces were not overly enthusiastic about this decision as they thought the public should be spared it.

I found this somewhat confusing in a country that is so family orientated and makes an extreme effort to honor their deceased. That there is no mention of the abuses of their political prisoners during the Regime at all of the castles and sites that we visited so far. There is even resentment for us asking about it in places that we know these things took place in.

As stated I am just beginning to explore Albania, but this is a point that I find to be in conflict with the general attitude of most of the Albanians that I have met. This may not be the case and the Albanians I have met are different than the general population. I do not know.

My response and thoughts were as follows:

This is truly of great concern for me as well. Though I do not belong to an older generation and most of what I know is through my own study and reading, I am aware that Albanian’s seem to shy away from their past, but mostly because they are afraid that it may somehow come back to hunt their present.

By that I mean that they are “afraid” and on the other side that are told not to remember by the current political class which is deeply entrenched in the past and has many sins that weigh on their conscience.

Albania is a country that forgot God and gave way to the fear of “man”. Today, it continues to live by that same fear. Fear of those who might still persecute them even today for trying to get to the truth. Thus it is fear, rather than lack of willingness to face the past.

The current political class has block on many occasions the law that would finally allow for the opening of the regime dossiers. Several judges and many other people who worked for the communist regime are still in power today, some of them in the same functions as in the past, but under different names or titles. They do not want the past to be known for fear of retaliation by a people who has known and continues to know only suffering!

At least that is my take on the whole issue.

[callout]P.S. Vincent’s wife Bianca is the author of my newly favorite blogs “Discovering Albania“. Read up on their recent vacation in the south of Albania including “Gjirokastra“; “Porto Palermo“; “Butrinti” and more…

I would encourage you to read this article about Albania’s past seen through the eyes of an ex-prisoner now well known publicist & neighbor![/callout]