The precarious state of things in Albania 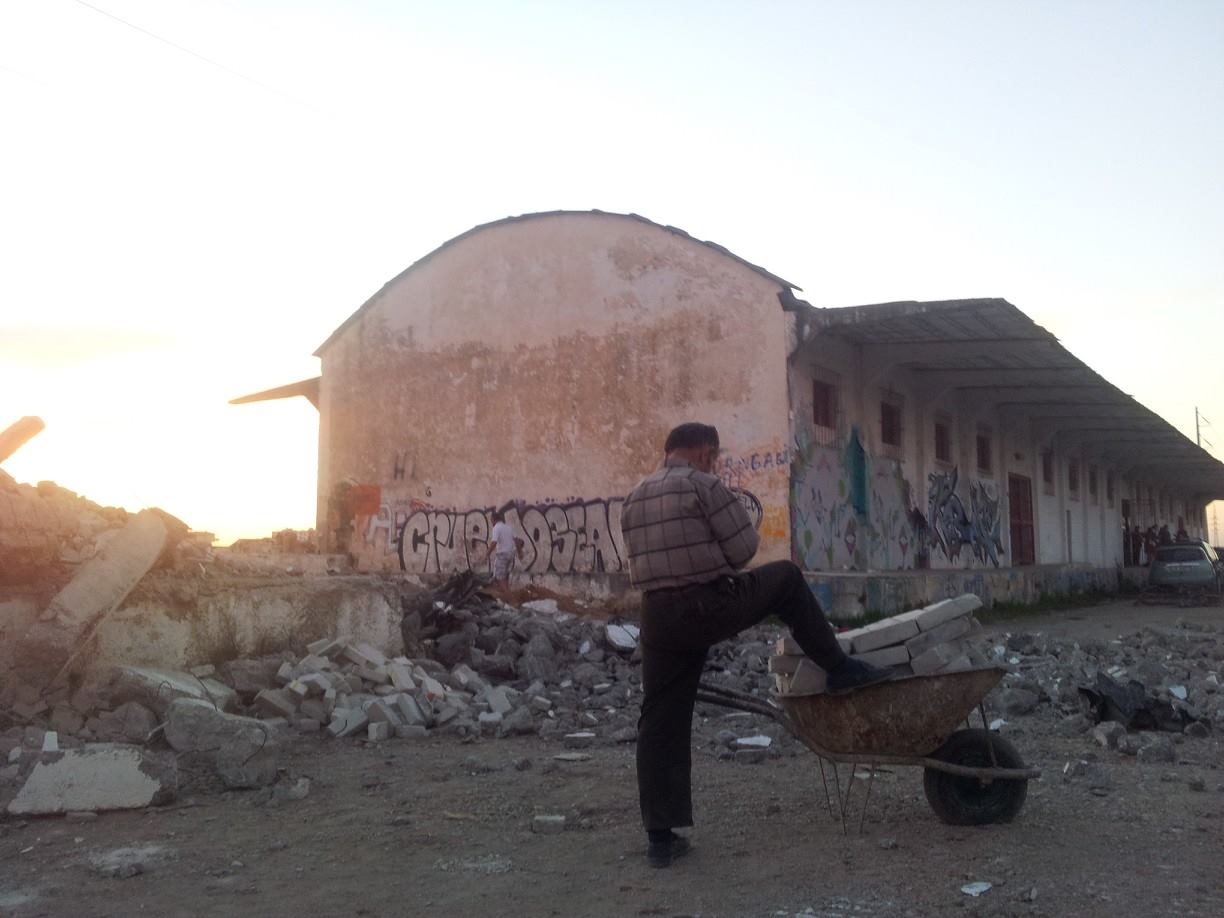 Yesterday I got a stark reminder of the precarious state in which things and by extension the very lives of people are in Albania. My good friend Bruno, at Tirana Ekspres center (NGO), gave me a call asking for help to notify the media and supporters to come out concerned that the warehouse building where the organization holds its cultural activities would end up demolished before the agreed time with the municipality.

It’s unknown to everyone that this would happen, as the Tirana municipality has already announced plans to extend the main boulevard, which will include the trains station warehouses, where Tirana Ekspres occupies one of them. However, in communication with the municipality it was agreed and confirmed that this would not happen till the end of the year.

However, the situation on the ground seemed completely different. The bulldozers had already started demolishing the warehouse buildings right next to the center and there was no one to guarantee that they would not proceed to the next, thus crushing all that the center represents to those thousands of people who have been to it ever since it was established.

Thankfully, after many phone calls and a major scare, which lasted for only a few hours the situation turned into relative normality. That evening’s theater went on as planned, mind you with an hour delay.

This and other such daily events bring to the forefront the fragile state of security and continuity that people need to conduct their very lives. Almost daily accidents in the streets, jungle rules being applied to almost everything, corruption and inefficiency all contribute in their own way to the way things are and will continue to be for who knows how long still!