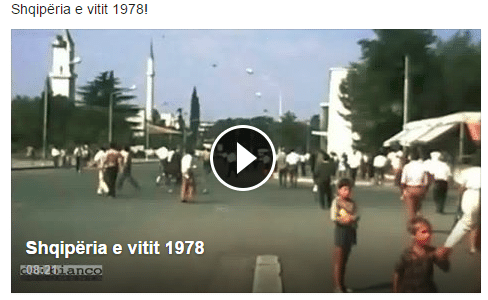 These are some rare video footage in color of Albania as it was in the year 1978. I wish I could say that I remember it then, but I was a year later.

The interesting things to see are how widespread was the communist propaganda and how leveled was the economic status of majority of the people from the way they dressed to the few possessions that they had.

As far as I could recognize the video had footage from Tirana, Durres (beach area), Fier, and some other city which I am not completely sure at this point. The source is Del Bianco Documents