Feet on the Brakes 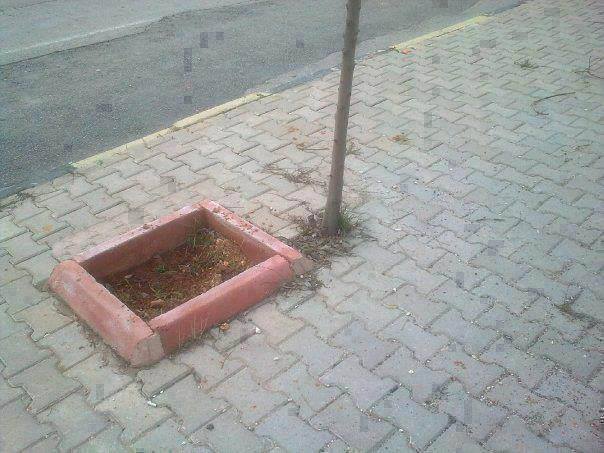 When I first visited Albania in 2005 I had one overwhelming impression: ‘This country has a lot of potential.’  I saw, as others before and since have seen, the buildings lying derelict that were ripe for renovation and the shops which badly needed foreign know-how in branding, merchandising and product choice. In this sense I saw Albania as I had seen the rest of Eastern Europe in the early 1990’s: good development potential with a dynamic people. It was a feeling of déjà vu, but an optimistic one as if I was witnessing the beginnings of a future greatness.

This was because it seemed that, as in other ex-communist countries, economic progress has a natural direction forward because clever people find ways to do things better and less clever people are clever enough to copy them. It is like a train which gathers speed under its own momentum.

Alas, after a number of years this initial optimism has evaporated, though thankfully, not completely. The natural resource of clever, educated people, returning emigrants who have picked up skills of more successful countries and the host of advisors and experts coming in from outside have not made their mark quite as much as they should have done. All these people are eclipsed by that small group of influential and powerful people who are happy with the status quo. Added to this small of feet on the brakes of progress, there are hundreds of thousands, perhaps millions of little feet supporting them.

Those who are currently in control of society and those who went before are responsible for the condition – for better or worse- of post communist Albania. Numerous speeches, reports and discussions over the years have analysed reasons why but my explanation is more simple: the root is the tendency of those in power to put themselves first. While this is probably true of other countries in Europe, at least many of them have managed to put in checks and balances into the system. This has not happened in Albania. This means that anything that happens, even apparently illogical, happens because somebody in power or those with influence over them is benefitting from it.  And there is very little to stop them, let alone find out who they are.

Such checks and balances are absent in the judicial system, the media, and the political system. The conflict of interests between political and economic power, lack of transparency in public procurement, ‘jobs for friends and relatives’, the lack of inward investment and the shaky education structure all contribute to slowing the progress of a potentially strong Albania. However, as long as there are vested interests in maintaining the current structure very little will happen and thus there is the absurd situation where an official shouts about reform but is aware that that to actually reform would be like pulling the carpet from under his feet. Not only is it difficult to do, it would require a major act of self-denial. In the Albanian structure, which is doggedly ‘top-down’, essential structural change has to start with change at the top, just as a slide into moral decay comes from the top. A fish can both rot and regenerate from the head.

However, we cannot blame only those in power. We can blame ourselves. Thanks to the instincts of self preservation and hostility to change, the Albanian language and culture has been kept alive for over a millennium of foreign threats and domination. It can be argued both Communism and   religious intolerance were influences brought in from outside, thus underlining how foreign ideas can damage society.  However, if this resistance to new ideas and change was a   strength in the past, it is now a weakness in modern society. Good governance, foreign investment and know-how, protection for the environment, modern teaching methods, are all outside influences from which Albania should benefit, but the process of diffusion into becoming values of an Albanian society is a slow one…

The pre-requisite to a developed society is a population that is open, receptive and to new ideas ready to discard practices and attitudes that have exceeded their shelf life. For example, loyalty to family and friends above everything else for job selection, may be fine in a rural society but not in a potentially technological society where jobs are occupied by those most talented to do them. A society where money or contacts, not creativity or intelligence, opens doors or where status is defined by who you are rather than by your abilities, is not one that can advance in any significant measure. A society where people are afraid to do something different for fear of being ridiculed, is not one that can push boundaries. These instincts are not the exclusive preserve of our leaders: we all have these instincts which distort or stop the development of society. Here, the onion rots from the middle.

The third brake on progress, I would suggest, is, paradoxically, those that seek to move Albania forward. In many cases, the rotation of foreign experts means that they rarely get a chance to fully understand the country and therefore may not necessarily be able apply their very useful skills in a way that will suit the country or present them in a way that is understood by Albanians. When an Albanian refuses to listen to the foreign specialist on the basis that ‘he does not know the Albanian situation,’ he may be partly correct. The other side of the coin may be the tendency to listen to advice without qualification on the basis that the ‘foreigner knows better.’ In the end, however, both reactions are unhelpful and may result in the real issues remaining unaddressed.

It is difficult to see how these barriers to progress will erode as time goes on. However, at least in recognising the core issues, the essential barriers to change can be addressed.

Alan Andoni is the author of the ‘Xenophobe’s Guide® to Albania.’

Reproduced with kind permission of The Tirana Times www.tiranatimes.com