More of the same? What now for Albania? 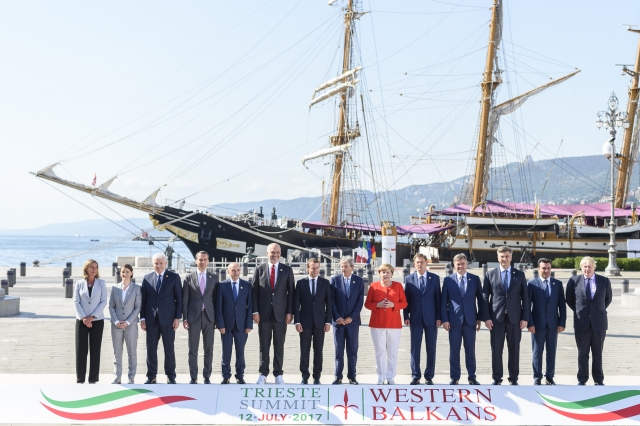 Two months have passed since  the 2017 national  election results and the international community is mulling  over its implications.  Newly re-elected Edi Rama may well feel that the results are a public endorsement for him personally and one which gives him the mandate to continue consolidating his power base and govern Albania based on personal charisma and authority.

However, several issues should be pondered and these may be less reassuring.  Firstly, the fact is that in democracies the electorate vote not only vote for a party but against parties.  Thus, it is quite possible that the results were as much a protest against the PD as support for the PS.  Perhaps it was not so much a support for Rama but rather a protest against Basha and Berisha. While the latter continues to lurk in the background and frequently explodes into public view with his own brand of political confrontation, the political landscape will continue to be muddied. A maturing electorate may well feel Berisha’s style is outdated and not particularly constructive to a future Albania.

Secondly, the lower turnout of voters  – under 47% of the electorate, down from 53% in 2013 –  and the lowest ever in Albania – should be cause for concern and can only be interpreted as a vote not only against any particular party but the political structure in general. This is supported by the third point which is the desire of Albanians to leave their own country. Albanians continue to try and emigrate and, according a recent opinion poll, 58% would like to leave. Whatever the merits of the current system, none of the parties has succeeded in injecting any hope into people’s lives. As one would-be emigrant out it, ‘Albania is a jungle without any rules.’

What can be done? Well, a Prime-minister who interprets the results as a resounding victory is hardly going to think deeply about what can be changed, so we cannot expect any organic or out-of-the-box thinking. At worst, it can just contribute to a ‘god complex’ and a feeling that anybody who disagrees with him is challenging his personal authority. Indeed, following the pattern of failing democracies in Europe, the leader may now feel powerful enough and justified to bypass the established administrative structures.

Neither can we expect there to be any significant grass roots pressure to change. This is not because Albanians are inherently lazy or apathetic but because there has been no experience of civil activity in a historically top-down society. It is also true that people can come out into the streets protesting against a government or policy, but there is no compass to guide them to protest in support of any tangible alternative policies, nor any credible spokesman who is prepared to represent them.

Such is the present situation. Perhaps,  international organizations and foreign governments now ought to consider how the vacuum in proper ‘top-down governance’, and ‘bottom-up civil society’ can be guided. I would further argue that it is the shape of Albanian society in the longer term that should decide current courses of action.

I would therefore suggest that for future changes to have any hope of success, it is now necessary to focus on the next generation, not the current one. There is a multitude of opportunities here including the  training of  thousands of young Albanian in  a kaleidoscope of  professions, both through university and vocational  courses and work experience outside Albania.  For example, if a significant number of Albanians were trained in primary education skills in North America or Western Europe, the face of education at a critical age in Albania   can be substantially improved. Such training and a host of others, with the support of 20 of the advanced economies is not a great burden on any individual country and certainly a great addition to existing programmes such as the British  Chevening Foundation  which themselves are drops in the ocean. They just have to make sure Albanians will come back.

In addition to harnessing this potential are the the tens of thousands of returning Albanians, who have  lived and worked abroad, having gained useful expertise in many areas where opportunities did not exist in Albania. Many are unable to put these skills to use as they are marginalized from society. With the support of the countries where they have been living, they can be encouraged to set up business and to use their expertise. Finally, there is also the ‘army’ foreigners who have chosen to stay in Albania, doing good work in many areas and who would welcome some support and recognition from their own countries. The embassies should be doing more in using their skills for they have inside knowledge that a diplomat with 3-4 years local experience can never gain.

In the meantime, representatives of national and supra-national   governments continue to engage mainly with today’s Albanian elite who are happily supporting the status quo. At what point will these organizations take note that Albanians want the foreign community  to play a larger role in Albanian life as the only option for a better future for their children?  Maybe this will happen  when people stop voting altogether?

Alan Andoni is the author of ‘Shqiptaret Para Pasqyres‘ published by Media Print, Tirana and the ‘Xenophobe’s Guide® to Albania‘, London.

A graduate in Politics, international business and teaching, Alan Andoni has spent a career writing on Eastern European affairs and working in international marketing with Eastern Europe. He has spent the last 6 years teaching, presenting and writing on Albania, producing the ironic ‘The Xenophobe’s guide to the Albanians’ which is currently the best-selling book in English in Albania. The Albanian version ‘Shqipataret para Pasqyres’ (Albanians in the Mirror) is becoming talked about for its look at Albanian behaviour, customs and attitudes. He currently writes Op-Eds and articles for the Tirana Times and with their kind permission, we offer some of these for our readers.