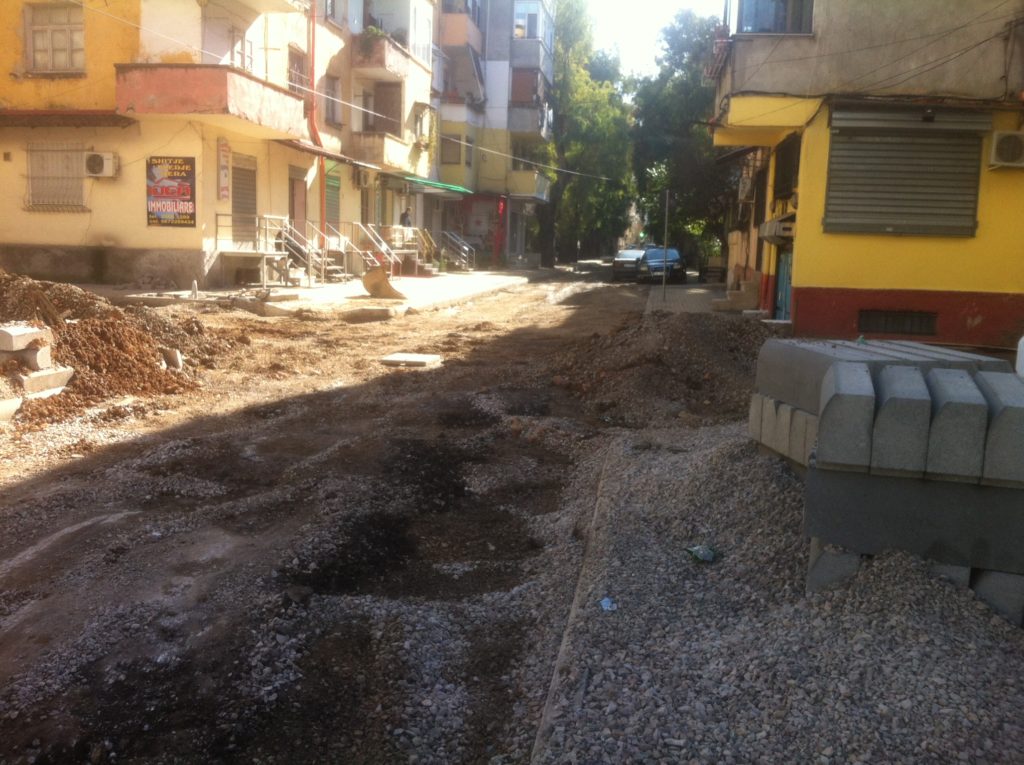 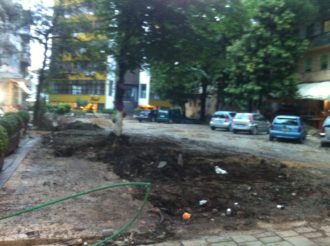 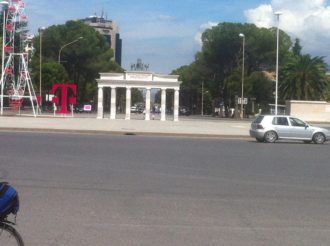 One of the many characteristics of the  Communist world was the insistence that the ‘ideal’ be  constantly portrayed as ‘reality’ and that reality be relegated to  the realms of the unspoken and untouched. From East Berlin to Beijing, the media focussed on such miracles as the ‘over-fulfilment of production plans’ and harvests and newspapers were full of happy people, all  under the watchful eye of a benign leader.

It was particularly intense in Albania. Zëri i Popullit brimmed with fulsome praise for Enver Hoxha and his wise leadership.  Radio and TV   reiterated how much better it was to live in Albania than elsewhere and how lucky Albanians were to live here. The façade was backed up by severe penalties against those who pointed out the rather less palatable reality, even when this reality was obvious. People learnt to operate on a dual system: that which was fantasy and that which was real. People got into the habit of  self-censoring  the latter   and subscribing to the former in public and even their own homes,   through a combination of fear and genuine belief. People also  became  skilled at internalising changing messages: ‘China is our friend/enemy’: ‘this person is a hero of the people’/ ‘this person was an enemy spy’.  The narrative of delusion was state-guided and mandatory.

It seems to be a feature of life  that has never quite left Albania and it is still pervasive. While the government no longer has a monopoly over the media, each party controls its own section of it.  In each version, inconvenient facts are suppressed and   opinions of events rather than the events themselves are aired.   Reality becomes muddled, so that a politician apparently seen bribing another politician is blurred as ‘not me speaking, but  a  falsification.’ The reality of a mayor asking for sexual favours becomes confused as the person concerned claims ‘provocation’ or ‘entrapment’. In observing this, people are free to think for themselves, but because of an education system that doesn’t teach people to challenge ideas rationally and an elite that largely treats the media as its mouthpiece, many people   eagerly lap up these respective versions of ‘reality.’

The parallel universes of reality and fantasy exist at many levels of society. In education, there are those who have qualifications, for example a degree or a PhD,  as a result of hard work and those with  qualifications as a result of paying the necessary fee. In the real world, these latter are frauds and cheats; in the parallel universe these are ‘educated’ people worthy of respect. They may   even   believe  this themselves,  for we should not underestimate the power of self-delusion.

The legal system, functions in this way with some of the best laws in the world giving the illusion of a well-ordered society. The reality is that implementation is subject to money and political pressure and makes a mockery of the legal set-piece.  Companies   have parallel accounting systems; the fantasy one  for the tax office and the real one on which their business functions. When you have to go to government offices for a document, different people give you different answers to the same question. You are not quite sure whether they are quoting the rules or their own versions of them, possibly because of lack of precision and clarity when these rules were set.  Food  products may have sell-by dates which may not correspond to reality. People distrust food labels for this very reason. Lek transactions are conducted with an extra zero giving us all the  impression we are richer than we really are.  ‘Don’t worry’ often means there is a problem but that the speaker doesn’t want you to know about it. Whether the problem really exists or not, is largely irrelevant, it’s the illusion to  others  that matters.

However, of course Albania is not the only   country prone to Orwellian ‘Double-think’ and it would be hypocritical to suggest otherwise. Assuming that everybody has a hidden agenda is not unique to the Balkans in general or Albania in particular. Indeed, many foreigners have arrived in Albania with their own brand of ‘parallel universe’ and insist on sticking to their preconceptions of Albania despite the reality. In fact, where Albania is concerned, we all may be guilty of heavily annotating our conclusions or interpretations of events to fit our pre-conceptions or prejudices. We may change our perceptions of reality according to what we want to believe or who we want to believe.  However, the result is that  we create solutions  to the wrong problems or to problems that don’t exist.

Arguably, in Albania a great deal of time and effort is spent trying to perfect a parallel universe.  by interpreting facts rather than   just presenting them. We end up with a deliberately created fantasy, the visible tip of the iceberg which outsiders are ready to believe without ever  understanding the reality  that lurks beneath

For example, foreigners who stay at the Hotel Rogner, Tirana International, or Sheraton to  visit the trade fair or the offices along the nice stretch between Skanderbeg and Nene Teresa Square and the bloc area may never venture beyond this into the gritty reality that is Tirana. They are pleased to note the unique traffic lights extravagantly displaying greens and reds or the pretty blond female traffic police at the crossroads, without being aware that this is for display purposes only. There is much talk about ‘opportunities for tourism’ while it is clear that the tourist and public transport  infrastructure continues to be completely inadequate. There is also a danger that any Albanian government may spend time focusing on building the fantasy and neglecting  to address the reality.

Thus, as foreigners, we are confused when trying to make sense of what is around. We have to ask ourselves ‘which universe is being communicated to me?’ Foreign politicians or journalists who meet local politicians of all political   shades expect to get slight variations or interpretations of the facts.  Instead, they  get full-blown versions of the respective   parallel universes which almost have nothing in common with each other. Each person’s narrative is rarely specific but can be summed up as ‘we are always right and the others are always wrong’, a chilling reminder of days gone by.  No wonder short term visitors to Albania doing fact-finding are more confused when they leave Albania than when they arrive.

Over the years, Albanian leaders have been adept   at communicating the alternative reality to the outside world. Albanian leaders have been praised   by  foreign governments for their ‘democratic’ or ‘progressive’ credentials while disenfranchising the population and consolidating their own positions. Seasoned diplomats here learn that what you see and hear is not what really is. As one ex-diplomat put it, ‘when you are constantly faced with smoke and mirrors, it’s hard to understand what the hell is going on.’

As Albania moves towards Europe, it needs to become more like Europe, which is to consign the ‘fantasy universe’ to fiction writers and newspaper columnists. It is hoped, that one day, instead of inventing a parallel universe that fits in with the agenda of a small group of powerful people,   society  may be able to just work on the simple problem-solving activity of  objectively identifying real problems, dispassionately defining all options and pragmatically choosing the correct ones. It’s simple and it’s effective, but it means discarding the practices of communism and possibly also eventually requiring those leaders who still feel comfortable with   using   them to step aside and let reality prevail.

Reproduced with kind courtesy of The Tirana Times www.tiranatimes.com

Alan Andoni is the author of ‘Shqiptaret Para Pasqyres‘ published by Media print and the ‘Xenophobe’s Guide® to Albania‘.